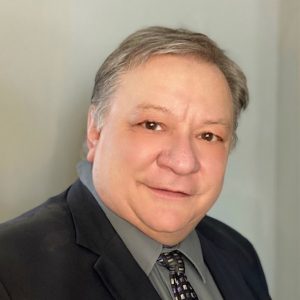 Who is Bob Sansevere? This veteran journalist, author and media personality, in describing himself, notes that, “I’m charismatic, wildly entertaining and remarkably insightful, and if you’re even a fraction as impressed with me as I am with myself, you’re going to love what I have to offer.”

What Bob can offer, in a style all his own, is something completely different from the usual suspects of inspirational speakers. That’s because Bob’s life work in the media has been an amazing three-plus decade journey across an American landscape of winning, losing and everything in between, from high school heroes to the Super Bowl. And the lessons he’s learned along the way on this journey have something everyone can relate to. In fact, with Bob it’s all about the journey. When Bob steps up to microphone, he has one and only one goal – to take everyone in the room on a journey. His journey will take you to towns you never heard of and places you want to go, full of everyday people and national celebrities, some funny, some sad – but all sharing the same simple message: Embrace the Journey.

Bob’s colorful narrative and stinging wit bring industrial-strength commentary to the simple things in life that often mean the most. His larger-than-life on-stage presence turns up the energy level in any room. He is an animated choreography of insight, anecdotes and chuckles – all punctuated, when you least expect it, by an incisive heartfelt wisdom that delivers a one-two inspirational punch that people are sure to carry with them long after they’ve left the room. Bob’s a powerhouse monologist of the first order, and can deliver a funny and thought-provoking speech that can engage and enrich people in your group -- and inspire them to tap into their “inner winner.” Whether it leads to a significant work-related accomplishment or a life-enhancing achievement, Bob’s words will encourage your group to Embrace the Journey. Bob is a sports columnist and hosts his own digital radio show, "The BS Show." Bob spent more than 30 years as a member of the KQRS Morning Show, the highest-rated morning show in America for much of the past two decades. Bob also has been a contributor to several TV news and sports shows. He spent eight years as a member of the Orono City Council and serves on the Buffalo-Hanover-Montrose school board. And, with his wife, Mary, was a foster parent for more than 15 years. Bob has written a book entitled, “The Best Minnesota Sports Arguments.” And calling on his background as a multiple national champion in the horse show world, Bob has designed with Jostens, an internationally known jewelry company, official championship rings and pendants for two horse registries.

EMBRACE THE JOURNEY is the root message in Bob’s speeches. Drawing from his own life experiences and the lives of famous people he has covered and gotten to know as a newspaper columnist, journalist and radio personality, Bob uses crackling wit and crack observations to lay out for you how athletes and non-athletes too often fixate on attaining a goal. And how they fail to cherish -- or, at times, even acknowledge -- all those special moments that tick on by as they chase that goal.

A multiple national champion in the horse show world, Bob knows what it takes to succeed and also what will taint the chances for success. While he may not unlock every secret in the world during his speech, he will tell you and your group, “Don’t fear success. Embrace what it takes to achieve it.” (For no extra charge, he will use bigger words and better sentence structure.)

"Bob provided our conference attendees with a very thought-provoking and entertaining speech. Bob brought to us the unique perspective of being both a public policy maker and at the same time being deeply involved in the Twin Cities media -- clearly illustrating to us the importance of being a good communicator to our customers and marketing our communities. Bob provided us with a very enjoyable evening, one that will be tough to top in our future conferences. I would highly recommend him for speaking engagements." - Matt Podhradsky, City Manager of Chaska, MN.

“You helped us inaugurate our new venue by hitting the ball out of the park! Thanks for taking the time to share your expertise and experience. Evaluations indicate that everyone from rookies to seasoned veterans found benefit from attending this year’s City/County Managers conference.” - Helene Johnson, Executive Director, Government Training Service.

"I know Bob Sansevere both as a listener and reader of his radio show and sports columns and as a fellow city council member. He is a unique and insightful speaker who draws on a life as an investigative reporter/interviewer to entertain and enlighten the listener. His light-hearted stories of personal or public interest are usually silhouetted against a deeper message he conveys, whether about life, sports, or the future of humanity." - Jim White, former Mayor of City of Orono, MN.

"Bob Sansevere was a featured speaker at the 2008 MCMA annual conference. Bob provided valuable insights regarding managing the media for the benefit of a City or County. Bob's informal and likeably irreverent style was very well received. His in-depth knowledge of sports provided an unending and entertaining source of information during the Q & A portion of his talk, which many would have liked to continue well past Bob's scheduled speaking time." - Ron Moorse, Administrator of Arden Hills, MN.