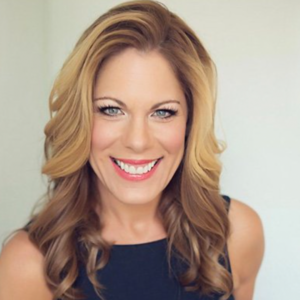 Carrie Perry is the Co-Host of ‘Chick2Chick’ podcast and former Correspondent and Host for “Good Day PA” ABC 27 in Harrisburg, PA. She has been in the media business for over 25 years. Carrie learned early on in her career how to engage an audience when she ended up hosting Rite Aid’s annual corporate trade show in Baltimore after her boss completely lost her voice! At 22 and standing in front of about 3,000 Ride Aid employees from all over the U.S., she found a complete calm as she gazed out into a sea of smiling faces. The bug bit her. From that point on she enjoyed a myriad of experiences; product specialist on the ‘Home Shopping Network’, Co-Host of ‘AC 24/7’ on Comcast, Host of ‘Cars at Carlisle’ on Speed Channel and emceeing several events including the Central PA Leukemia Lymphoma Society’s Man/Woman of the Year Galas. Carrie simply loves to communicate with people in just about any way.

Carrie’s strengths lie in her ability to reach people, and her greatest strength as been that of an advocate for her daughter while she fought the debilitating symptoms of late stage Lyme Disease and Babesia. During this time, while she was learning all she could about this disease, she produced and hosted 30minute live television programs designed to educate the viewer about Lyme in Pennsylvania. She also hosted her own ‘Tick Talk: A Conversation About Lyme’ at a local club, moderating the nationally recognized physicians she connected with along her Momma Bear journey. Today, Carrie is the Founder and President of Sam’s Spoons Foundation for Lyme Disease Support & Education and continues to host special events for the Foundation.

Carrie is an excellent Emcee for Conventions, Fundraising Events, and Galas. She keeps attendees engaged and having fun throughout the event. Carrie can do Virtual or In-Person Events