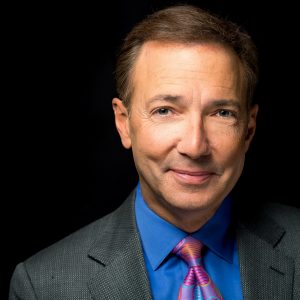 Paul Douglas is Penn State meteorologist with over 45 years of television and radio experience. A serial entrepreneur, Douglas has launched 7 businesses. Founder and Chief Meteorologist at Praedictix, providing weather services, consulting and briefings for media and corporate interests. Developers and engineers create unique streams of weather data, imagery and API’s for corporations via AerisWeather. The latest science and models are leveraged to provide insight for corporations factoring climate trends into investment, resilience and sustainability via ClimaTrends. Douglas is a member of the Climate Science Rapid Response Team. In 2017 he co-authored a book on climate, focused on matters of faith and science: “Caring for Creation, the Evangelical’s Guide to Climate Change and a Healthy Environment”. A frequent contributor to MSNBC, Douglas was featured in NOVA’s “Decoding the Weather Machine”, Douglas has spent the last 25 years connecting the dots between climate volatility and weather disruption.

Paul uses weather as a metaphor to track the “storms of business”, telling his unique story, and the lessons he’s learned from starting up 6 companies - often the hard way. He is also the perfect Emcee for your next event.

Weathering The Storm
These are challenging times for businesses, large and small. From outsourcing and automation to the destructive gales of the Internet, the risks to existing business models have never been greater. How can any company employ entrepreneurial habits and plant new seeds to insure continued expansion and long-term prosperity? Douglas shares some his eye-opening experiences launching 6 Minnesota companies in the last 20 years to show how a company’s employees can think and act like entrepreneurs, how this “intra-prenurial” mind-set is critical for continued growth & success in the 21stcentury.

Amish Doppler
Weather is a metaphor for life, storms of change, severe threats that emerge suddenly, high-pressure situations that demand flexibility and creative thinking. Paul Douglas has found a way to turn his passion (weather) into a string of successful companies. Douglas has turned the old adage, “everyone has at least one book in them” into “everyone has at least one start-up company in them!” The forecast calls for fewer people thinking like “employees” and more people becoming “owners”, using their skills, turning their passions into successful start-up companies.

Climate Change: Hype, Hoax or Scientific Reality?
There is so much disinformation out there today about climate change. Is the atmosphere truly warming, and if so – why should we care? Douglas examines the controversy from the standpoint of a meteorologist who has been witnessing profound changes in weather over the last 20 years, documented in his national best-seller, “Restless Skies”. Is there a connection between climate change and extreme weather? In the wake of “ClimateGate” and confusing headlines, it’s more critical than ever to get to the truth about what’s really going on, and why this slow-motion climate transformation may be one of the 3 biggest ongoing stories of the 21st century.